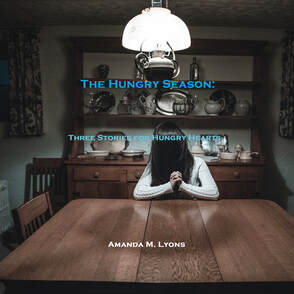 These three stories come with a breath of cold and a sort of longing, the sort of thing that consumes someone if they let it. Wendy Won't Go is the story of a family whose loss threatens to consume them all, Love like Blood is a story about the limits one will reach before love is gone, and Cold Comfort is about the bitterness that devours us within before it goes on to consume everything around us. 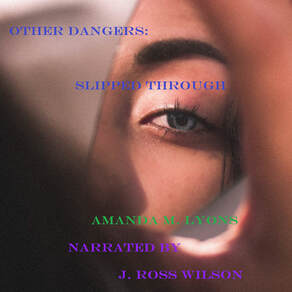 ​Other Dangers: Slipped Through:


Henry is a man with trouble on his hands. Setting out for this weekend getaway wasn’t even his idea and now he’s woken up from a terrible car crash to find himself in a strange place where nothing is as it seems. Now his whole life has changed and nothing he knew to be true seems to matter, not when the world is filled with horror and still other dangers waiting in the shadows. Worse, his wife is hurt and there’s only one woman who can help them get home, a woman who is more mystery than truth and holds the road map to a world without rules…a map which comes in the form of a book hidden in the depths of the backpack in her possession. A book that calls his name and the woman shows him she would do anything to keep out of anyone else’s hands. 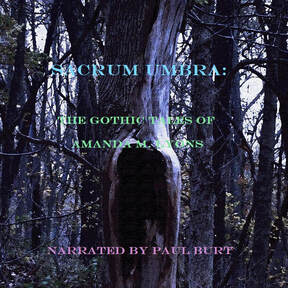 In the dark heart of our imagination, and the haunted corners our past there are places we fear to tread. As much as we might try to outrun them, as much as we might try to deny their truths, we are owned by their shape, molded by their claws. The story of our being, they form a Sacrum Umbra, a sacred shadow of improbable origin- our own dark heart. 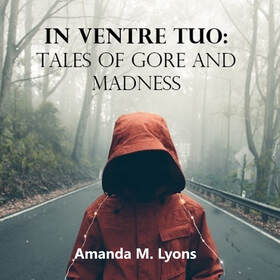 In Sacrum Umbra you were treated to tales from the shadows, the literary darkness that lives within all of us. Here you will find tales of another sort, the type you might find in the less wholesome end of the collective unconscious and the very depths of the gut. From stories of childhood gone horribly wrong to sex and madness with an impossible cost, this is where you'll find the more gruesome end of the spectrum. 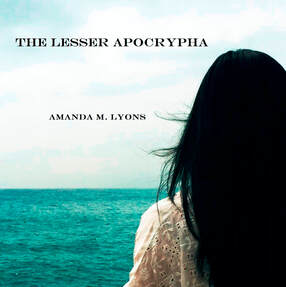 While Sacrum Umbra showed us the darkness of our own shadow, and In Ventre Tuo the guts of our inner monster, The Lesser Apocrypha is still another beast altogether. Meant to gather together the stranger stories, it contains some of the more surreal and ephemeral stories, the ones that just are without much rhyme or reason. Stories like an odd moment in the park, the strange child who won't stop haunting you, an alien invasion that gets very personal, an AI born of a lolcat, monsters in the woods, and a spell gone terribly wrong. 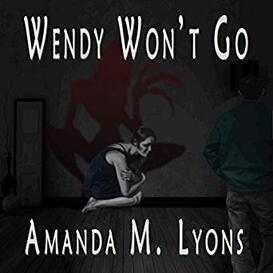 
Talented authors, Amanda M. Lyons and Mark Woods, team up for an unprecedented collector’s editions of their debut works, with never before seen bonus stories.

Wendy Won’t Go
Billy and Sara are living a life of fear. Every day and every night since Sara was small they have been haunted by a terrible apparition. She is cold and she is cruel, strange and frightening. Her name is Wendy, and no matter where they go and no matter what they do, Wendy Won't Go.

Time of Tides
What if Global Warming wasn't just down to Climate Change? What if it was down to something else?
As the worst storm of all time hits the entire globe and as all across the world rivers burst their banks and the oceans start to rise, one family take to the Norfolk Broads to try and escape the floods. Little do they know their nightmare is just beginning...because as they are about to find out, nowhere is safe!

Love Like Blood
What would you do to save the life of your child? Anything? This short about a woman’s life turned juxtaposed horror explores just what anything means when your child’s fate is held by an insidious creature. Here we learn that love flows like blood.


Wendy Won't Go is my literary horror and a ghost story with so much more. If you'd like to buy a copy or see some reviews just click on the cover to go to Amazon.

Billy and Sara are living a life of fear. Every day and every night since Sara was small they have been haunted by a terrible apparition. She is cold and she is cruel, strange and frightening. Her name is Wendy, and no matter where they go and no matter what they do, Wendy Won't Go.

"This horror story does something that a lot of similar tales in the horror genre fail to do nowadays- it scares the reader. There are moments of actual terror here, and a solid story of love, and loss, and pain." 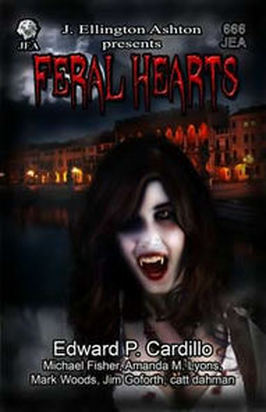 Six different characters and six different endings, this tale is not for the faint of heart.

It is only for Feral Hearts.